Motorways of the sea: the future of freight transport

A sustainable transport solution as an European choice for the supply chain.

Motorways of the Sea are a short sea shipping network that complements road and rail freight transport. In other words, they are a series of cabotage lines to provide fast commercial connections between the countries of the European Union.

The development of the Motorways of the Sea concerned the areas of the North Sea, Baltic Sea, Western and Eastern Mediterranean, where Italy was identified by the European Commission as the “border” country between the two areas of the Mediterranean. 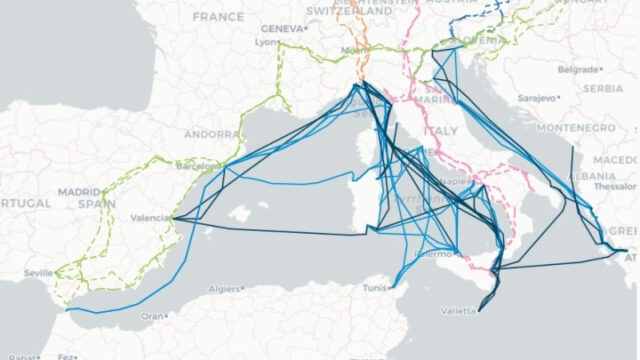 The main objectives of the Motorways of the Sea can be found in Article 12 of the guidelines of 29 April 2004 drawn up by the European Parliament.

The first priority is to encourage the concentration of cargo flows on routes based on maritime logistics, in order to improve existing maritime links and/or establish new ones that are profitable, regular and frequent.

Motorways of the Sea: integration with land transport systems

However, Motorways of the Sea do not constitute a door-to-door link (transport in which a single party assumes responsibility for carrying out the entire transport cycle from sender to receiver), thus they need to be integrated with rail and road transport, together with a network of strategically located terminals.

Moreover, the efficiency of ports and connections between ports and the hinterland is still very limited. For the Motorways of the Sea to be integrated with land transport systems, certain aspects need to be improved. Firstly, adapting rail and road accessibility to ports; secondly, implementing a better organisational culture on the part of shippers and port authorities. Finally, it’s important to improve performance in terms of punctuality, flexibility, availability and frequency of services.

Nevertheless, the advantages of this mode are several. Among them are time savings in the transport of cargo, thanks to the modern technologies offered by Ro-Ro vessels (Roll-on/Roll-off), i.e. those vessels with a crane-free mode of loading rolling cargo.

Other benefits are road decongestion and reduced pollution. According to a study cited in the European Commission’s White Paper, the intermodal transport on which the project is based produces 2.5 times less CO2 emissions on the same link than the road-only alternative.

Moreover, in 2018 the increase in sea transport together with rail transport, thanks to intermodality between ships and trains, has taken off the roads more than 1.5 million trucks equal to 40 million tons of goods transported on the entire national road network. (source: ilsole24ore.com) In order to encourage the development of combined road-sea transport, the Italian government introduced in 2017 (and confirmed until at least 2026) the so-called Marebonus. This is an incentive aimed at shipowning companies which aims to reward the use of sea transport over land transport. The contribution is calculated on the basis of the number of transport units embarked multiplied by the number of kilometres subtracted from the number of road journeys on the Italian network.

The routes selected to qualify as Motorways of the Sea must correspond to a series of quality criteria, regarding frequency, port-to-port costs and simplicity of administrative procedures.

As mentioned above, for the development of these motorways it is essential that there is rail and road accessibility to the ports.

In this regard, the port of Livorno has over 60 km of railway lines directly connected to the Livorno – Pisa line. In 2016, the new Livorno Darsena terminal was inaugurated, providing a direct rail link between the port and the Tirrenica line to the north.

In addition, in 2021 a €20 million tender was awarded for the construction of the railway that will connect the port of Livorno directly to the Vespucci Dry Port of Livorno, where we have our Gragnani Logistic Hub. In addition, the port of Livorno is connected to the main road junctions in the region by means of links to the Florence-Pisa-Livorno highway, the A12 motorway and the Aurelia bypass.

To conclude, we would like to underline that our organisation has always identified the Motorways of the Sea project as a valid solution for safe, punctual, convenient, and environmentally friendly transport.

We also see this as a strategic opportunity to connect the Port of Livorno more and more efficiently to Italian and international ports.