The Trans-European Network: the EU solution to support the European internal market

…a set of infrastructures aiming to connect all EU countries in the coming years: the Port of Livorno is at the heart of the project.

The Trans-European transport networks (TEN-T) are a set of infrastructures designed to create a single European transport area based on a single, comprehensive, integrated and multimodal trans-European network between land, sea and air transport, which includes and connects all EU member states in an intermodal and interoperable manner.

The TEN network promotes the integration of European countries, contributes to the growth of the European internal market and to employment, while pursuing environmental and sustainable development goals. 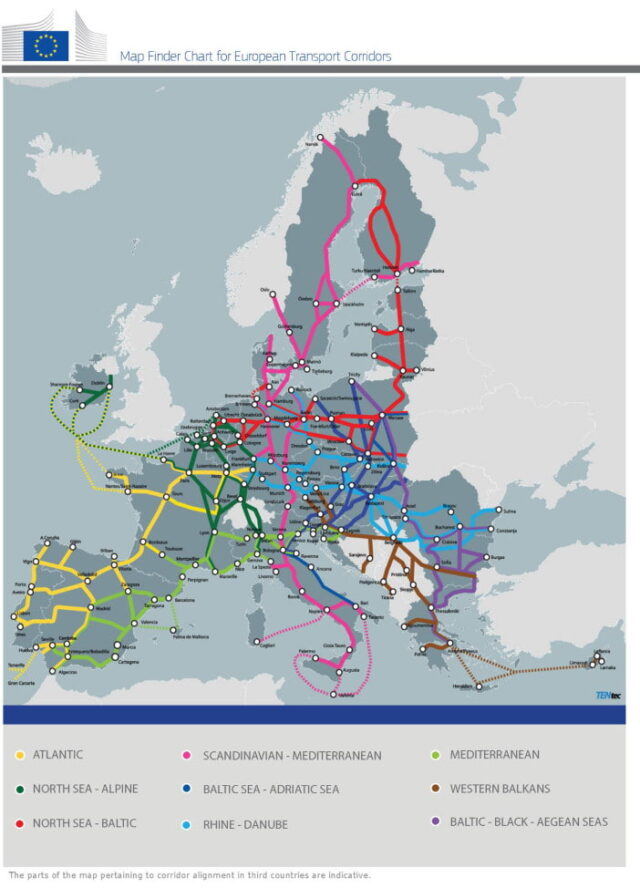 The European policy for trans-European transport networks was created in 1993 based on Title XVI, Articles 170 to 172, of the Treaty on the Functioning of the European Union. In 2009, a substantial revision was initiated, leading to a new legislative framework that came into force in 2014.

The European Union’s new orientation for the development of the trans-European transport network envisages the creation of a TEN-T network with two levels:

– the Comprehensive Network, to be completed by 2050, which aims to ensure full connectivity for all regions of the EU;

– the Core Network, an EU-wide core network (to be in place by 2030) that consists of those parts of the comprehensive network that are of the highest strategic importance for the EU. The Core Network corridors must include at least three different modes of transport, cross at least three Member States and provide access to seaports.

Italy is in a strategic position as it is covered by four corridors (Baltic-Adriatic; Scandinavian-Mediterranean; Rhine-Alps; Mediterranean) which include 9 urban nodes, 11 airports, 14 seaports, 5 river ports and 15 dry ports.

The motorways of the sea represent the maritime dimension of the trans-European transport networks and contribute to the creation of a European maritime transport space without barriers.

As outlined in the detailed implementation plan submitted by the European coordinator of the Motorways of the Sea, there are 79 seaports (core ports) located in the Core Network corridors, representing two thirds of the total European port traffic (about 2.5 billion tonnes).

Did you know that….

The Port of Livorno has been included in the restricted list of strategic and priority ports by the European Commission (core port) since the establishment of the Core Network (2013). This is due to its traffic volumes and its strategic position in the Mediterranean Sea. 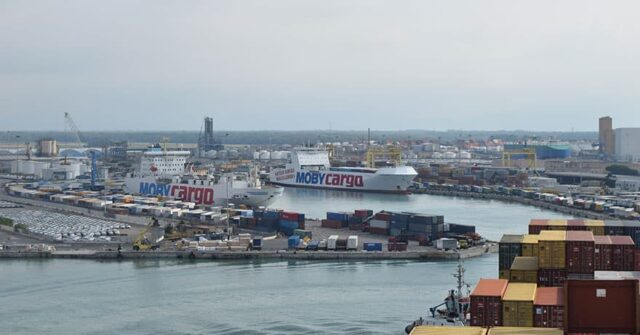 The Port of Livorno is a multipurpose port, i.e. it is equipped with infrastructures and means enabling it to receive any type of ship and to handle any category of goods and any type of traffic (LO-LO, RO-RO, liquid and dry bulk, new vehicles, cruises, ferries, forest products, machinery, etc.).

As reported by Assoporti (data for 2019) if we look at the total movement in tonnes, the Port of Livorno is in third place among Italian ports with almost 37 million tonnes of goods, of which almost half are Ro-Ro traffic. 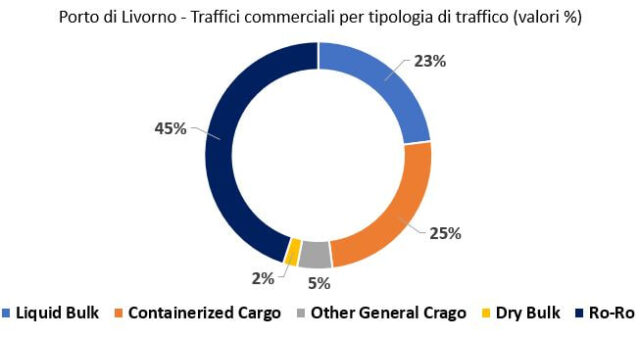