A week has passed since Tuesday, 10 May, the memorable day on which the project that will give birth to the large hub dedicated to pharmaceuticals that will rise in the Tuscan Dry Port “Amerigo Vespucci” was presented during a conference held at the Interporto Headquarters.

A digital logistics platform that will not just be a physical warehouse, but much more: a digitalised platform capable of managing the flow of drugs and components, for example, a supply chain capable of offering a whole series of services to the network of companies that will decide to use it.

“The digital logistics platform is a system project,” said Giuseppe Seghi Recli, president of the Toscana Pharma Valley network, “that is preparing to attract new life sciences companies, not only from Tuscany, all those that need a specialised logistics service“. 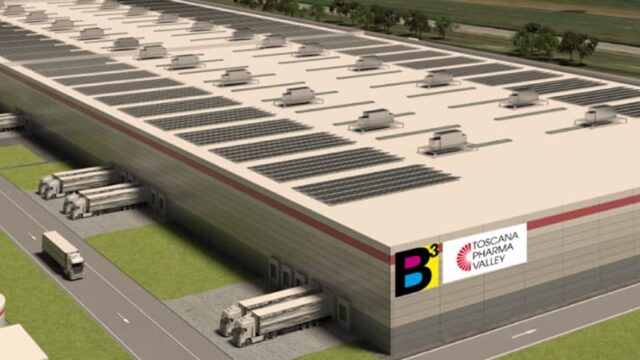 Among the advantages of a multi-company and multi-provider platform there’s also the synchronisation of import and export flows: if several pharmaceutical companies have goods going to the same country, only a single shipment will be made, which lowers costs and reduces environmental impact.

The investment estimated at 70 million euros is private (several companies have formed a network), but the public sector has also played a strong role, particularly the Region of Tuscany: stimulating the comparison between companies at the beginning, and a driving force in the second part, from the protocol signed in 2018 at the Ministry of Economic Development to the investment in infrastructure to give legs to the project, whether it be the rail links the Port of Livorno or the Darsena Europa, the rail bypass and the development of Pisa Airport.

An alliance between several companies and between public and private for the benefit of companies, Livorno, and the industrial and economic fabric of the whole of Tuscany, a useful resource also for a more widespread territorial public health service in the future.

“The path has been long (the idea dates back to 2014) and complicated, but the complexities are behind us and we can now speak of a fundamental step for the relaunch of the manufacturing sector, which passes through quality production,” was the comment of the President of the Region of Tuscany, Eugenio Giani.

The hi-tech logistics platform for the Tuscan pharmaceutical industry that is about to come into being will bring 100 jobs in the first phase, i.e. by the end of 2023-beginning of 2024, when the first 30,000 square metres of refrigerated warehouses, with 60,000 pallet spaces, will be ready.

In the second phase, when the covered area will double and the pallet spaces will rise to 120-130 thousand, the number of employees will increase from 100 to 200.

The new pharmaceutical centre will be 4 kilometres from the Port of Livorno and 3 kilometres will be the distance from the A12 Genoa-Rosignano Solvay motorway exit. In addition, it will be just 15 minutes to Pisa Airport.

Finally, the new platform will have a 2.1 MW photovoltaic plant that will save 2.5 million kWh per year and cover 50-70% of the platform’s electricity needs.

On this front, it could integrate with the project being worked on by Interporto Toscano, which aims to install photovoltaic panels and a cogeneration system capable of meeting 80-100% of the operators’ electricity needs.

Now, the infrastructural elements remain to be completed, from the Darsena Europa to the railway ‘bypass’ to connect the dry port with the port and the connection with the Vada-Collesalvetti railway.

In the meantime, announced Regional Councillor for Productive Activities Leonardo Marras, the government should approve the Simplified Logistics Zone for the Livorno area within a few weeks (the Regional Council updated the documentation a few weeks ago and forwarded the dossier to the ministry), which would not only bring customs streamlining but, thanks to a regional legislative amendment, also the extension of the tax credit.

previous
After decades of relocation, companies are rethinking their supply chains and coming back home.