The history of this company is rooted in the centuries-old commercial traffic that has characterised the port of Livorno since its inception, first operated by the Maritime Republic of Genoa, and later initiated by the Florence-based De Medici family.

In the 18th century Livorno became an European free port, to such an extent that the city is still today a Mediterranean symbol of economic and cultural exchange. 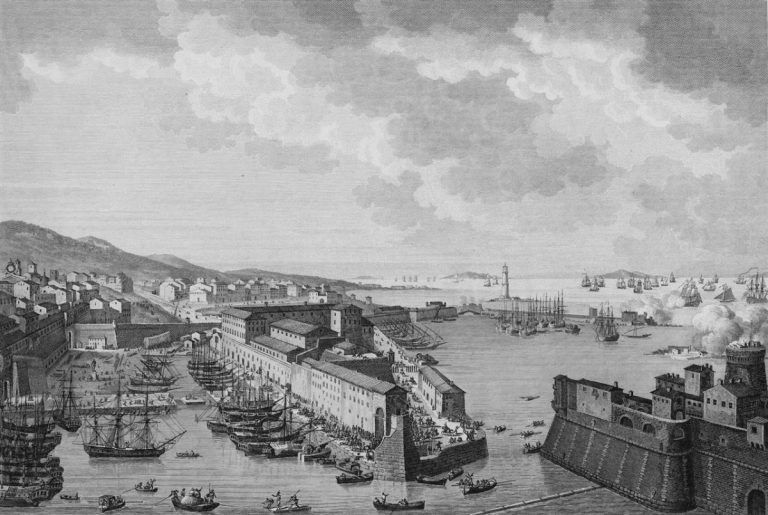 During the 1950s, Giorgio Gragnani, a young native of Livorno, began working with his father-in-law in the then fledgling marble trade between the Tuscan quarries of Carrara and the US market overseas.

After his father-in-law’s untimely death, the Labronian took over the reins of the forwarding agency with difficulty, but succeeded in expanding its range of activities. In fact, once he had forged new relationships with the nearby soldiers at the American base of “Camp Darby”, who needed to move their cars to and from the motherland, he boldly entered the newborn market of rolling sea freight. 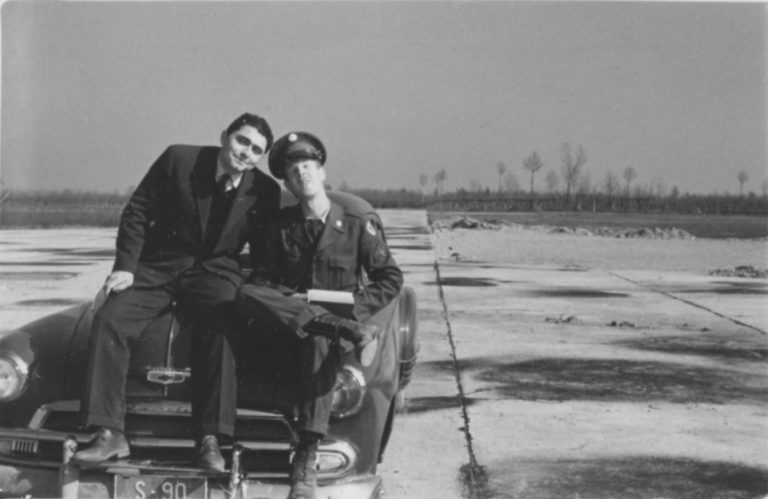 It was in the wake of these first steps that he had the intuition to intercept these unmet needs, for which Giorgio finally decided to give up his job as a surveyor and devote himself full-time as a free lancer, gradually carving out a larger role for himself within the maritime industry.

The success of this first adventure did not end there and – in the spring of 1960 – at the age of 31, the young man went to the city’s Chamber of Commerce to file the articles of foundation of the company to which he gave his name: thus Giorgio Gragnani Srl was born. 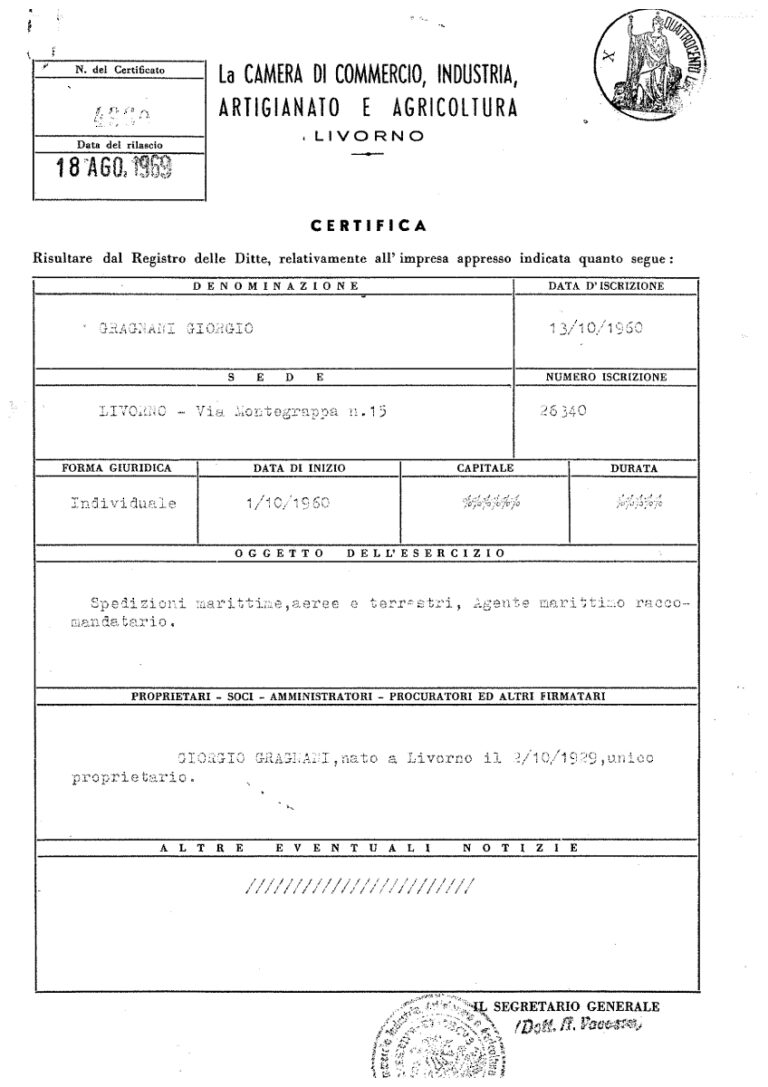 The foundation of the company took place in the context of the greatest commercial expansion in the history of the Republic of Italy: the country opened its doors to the new decade in the midst of what has been defined as the Italian economic miracle, becoming the protagonist of the first large-scale global traffic.

Driven by the favourable moment, as well as by Giorgio’s personality, the company began to explore more commodities and their related modes of transport, which were added to a consolidation of rolling stock traffic, for which additional import clearance services were offered, at the same time as a rapid expansion into the marble market.

In the wake of these changes, the company gradually acquired a precise identity, becoming not only Livorno’s leading automotive agent, but also one of the most important maritime forwarders on the local scene. 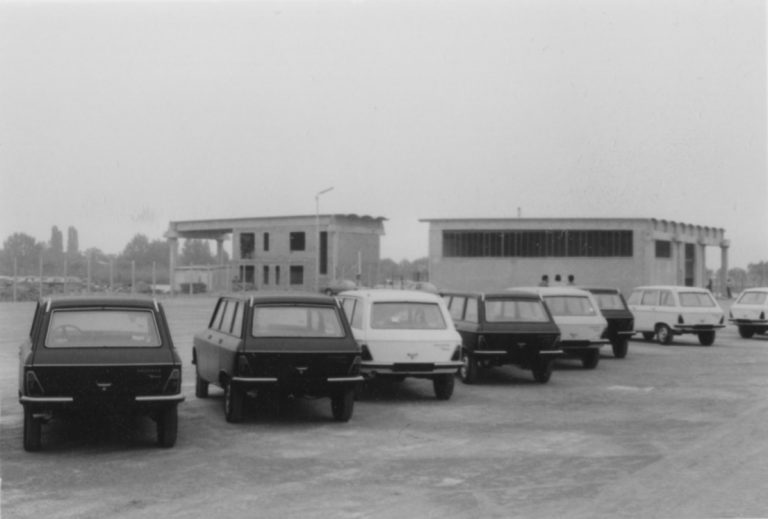 The second half of the decade is crowned by the creation of a joint venture with a well-known Florentine forwarding agency, whose family remains with the Group until today.

Following a meeting with a famous French car manufacturer, an important flow of vehicles to the former colonies of the Maghreb began, with Libya identified as the outlet for the entire area.

It was thus decided to buy (but also charter) entire ships, whose departure was set for an average of three times a week from the port of Livorno.

However, the traffic was not long-lived and in the mid-1970s it was interrupted due to an intensification of political unrest between the two countries involved in the trade.

Despite this, the experience gained as a shipping company changed the company’s fortunes forever.

A New Era of Growth

Following its brief but intense interlude as a shipowner, the company decided to refocus on its two main core businesses as a shipping agent and forwarding agent.

This decade saw a series of major changes, with the first ships equipped with Ro-Ro technology setting sail from the docks. It was at this time of great fervour that the so-called intermodal transport was born, one of the cornerstones on which the Company is still based today. 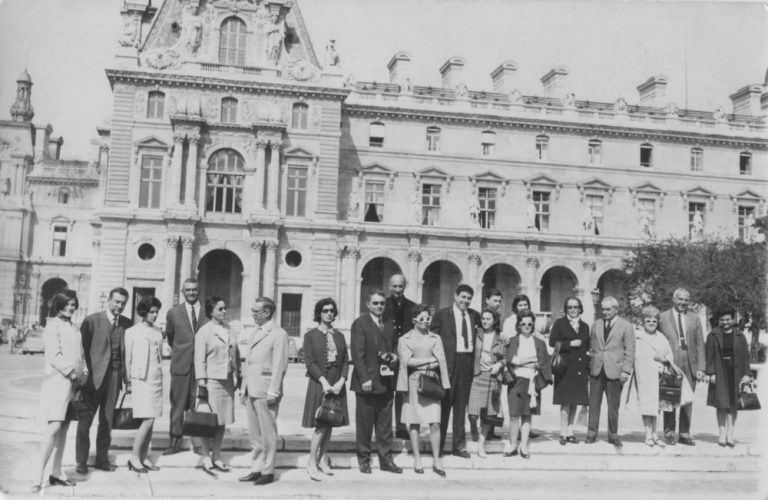 The Port of Livorno immediately became part of the new wave of progress, becoming a fixed destination for the most important car traffic in the Mediterranean. The first to choose this destination come from Spain and are scheduled by the Suardiaz shipping company (1984), whose representation – as well as the management of shipments – is assigned to Giorgio Gragnani.

Subsequently, the Group gains the trust of another car carrier company, Neptune Lines. 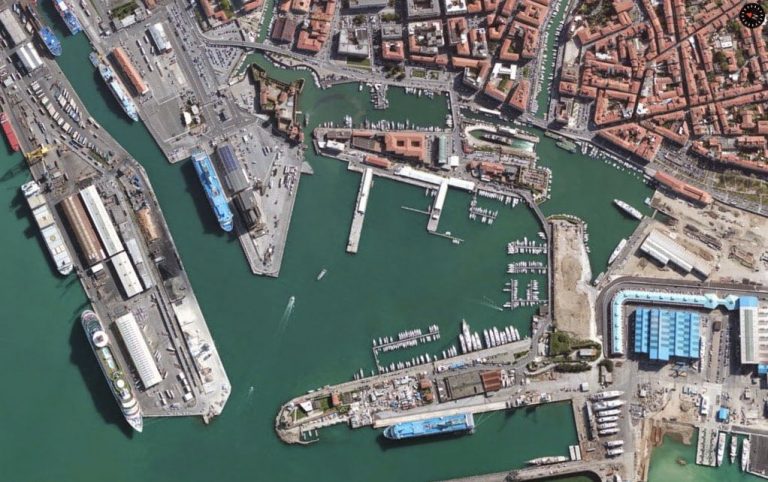 Transformation into a S.r.l.

Of particular importance is the year 1985, in which Giorgio Gragnani changes its legal status, officially becoming a joint stock company according to the Italian Civil Code (specifically, S.r.l.). 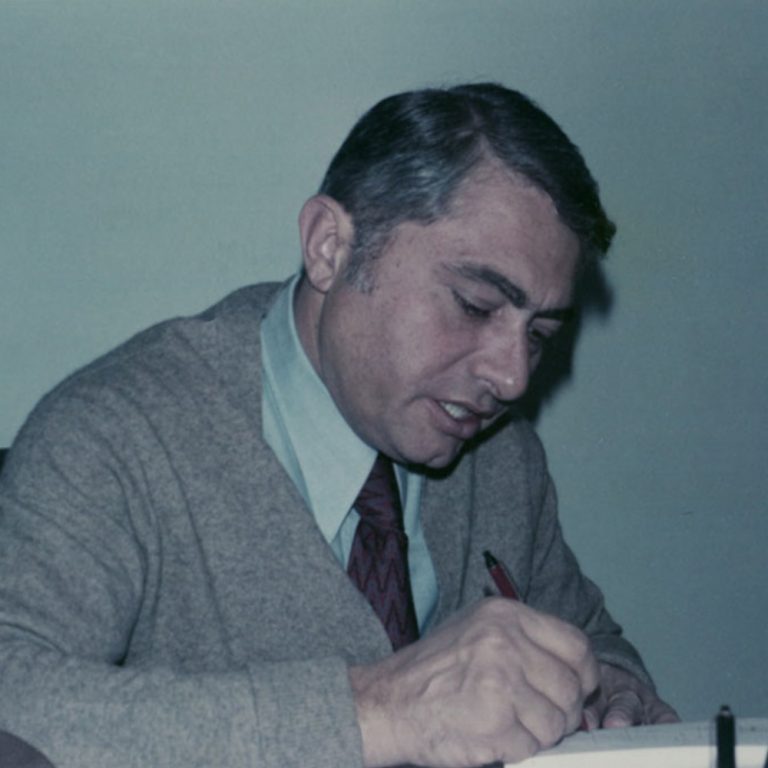 At the same time, forwarding activities proliferated, covering a wide range of goods categories, also thanks to the stipulation of an agreement with a Genoese forwarding company, one of the most active in Italy.

In addition, a partnership was formed with an important local manufacturing industry. The task is essentially based on the unloading of a mineral: zirconium. The company entered the bulk business, a sector in which it retains its expertise to this day.

The 1980s was a period of structural transition, during which Gragnani increased its staff, including the arrival of two sons, Luigi and Luca.

THE COMPANY BECOMES A GROUP

The structure of the current Group began to take shape during the 1990s. During this period, the company acquired a significant shareholding in Saimare Livorno (1992), an agency dedicated mainly to customs operations. In 1994, it acquired the whole of Bournique, an organisation specialising in maritime posters.

The Company also created a new business unit aimed at carrying out logistics operations. In fact, after a meeting with a famous food producer, the HACCP-certified warehousing activity began.

Moreover, towards the end of the decade, the management of the Calata Orlando Terminal – the largest quay for the unloading of bulk goods – was taken private, in line with a series of regulatory interventions aimed at adhering to the international movement of the so-called deregulation.

Gragnani is ready to embrace the course of history and therefore decides to acquire a shareholding in the above mentioned terminal, adding to its strategic position in the context of dry bulk traffic. 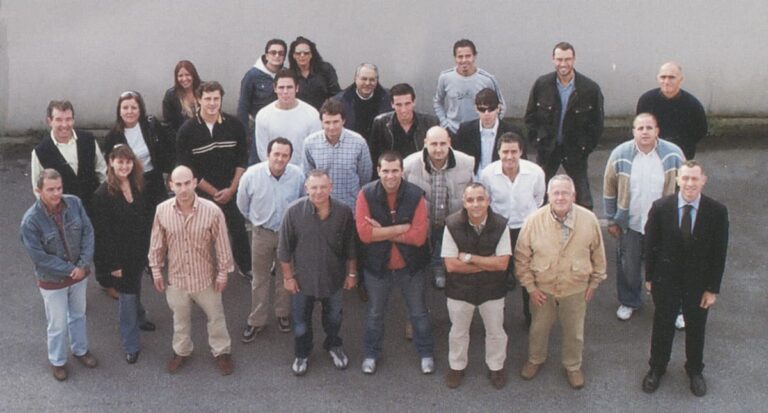 The Amerigo Vespucci interport: once again a pioneer in automotive logistics

The 1990s began with an important turning point for the logistics sector, when the approval of Law no. 240/1990 gave rise to a programme aimed at creating platforms dedicated to intermodal transport: the so-called interports. Among the main strategic points, the Ministry of Transport identified the Livorno area as one of the most important junctions in the country, not only for ports but also for railways, roads and airports.

Towards the end of the decade, the project was implemented and the “Amerigo Vespucci – Interporto Toscano” took shape in the Collesalvetti (LI) area.

Within the new regulatory framework, automotive logistics continued to take hold, a factor that allowed Gragnani to become the first ever operator of the interport platform (1999).

The land was earmarked for the construction of a 36,000 square metre car park and, on the same site, ancillary facilities such as a body shop, an automatic car wash, offices and a space for car transporters were installed.

In this way, logistics services will be added to the various activities carried out by the Group. Within the new business unit, the external and internal storage and handling of cars is managed.

At the same time, a warehouse is built on the same site where Gragnani Logistics stores food products.

Subsequently, RO-RO traffic continues to increase, so that in 2007 the company expands its car fleet to a total size of 100,000 square metres.

In the same year, the decision was made to once again increase the amount of investment in automotive logistics and, thanks to a further partnership, production capacity was doubled to 194,000 square metres (a total capacity of around 11,000 cars).

In this way, logistics services will be added to the various activities carried out by the Group. Within the new business unit, the external and internal storage and handling of cars is managed.

At the same time, a warehouse was built on the same site where Gragnani Logistics was responsible for storing food products. 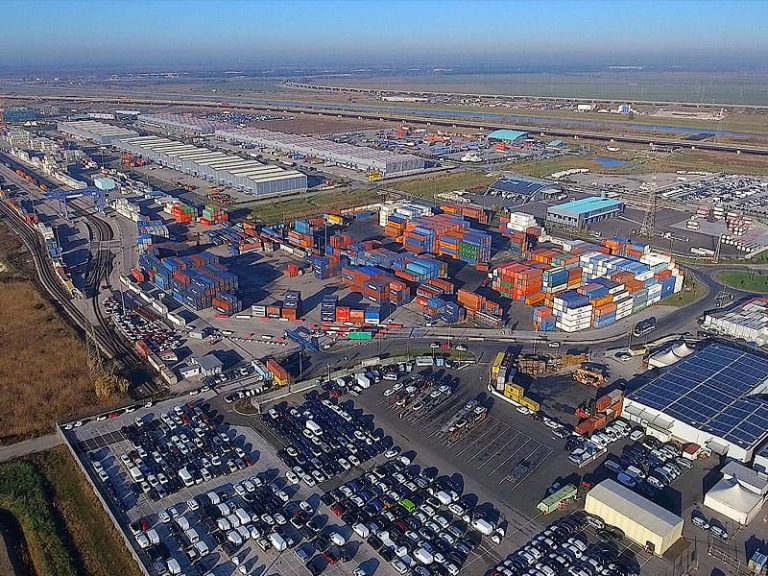 The most recent years

In recent years, Gragnani has implemented a plan to consolidate its strategic positioning.

The number of RO-RO ships arriving at the port of Livorno progressively increases, making it by far the busiest port in Italy for rolling stock traffic (including cars). At the same time, the logistics division is expanding the range of services it offers by first providing additional space for logistics and then creating a pre-delivery car processing service.

In addition, the Group provides a bonded warehouse, as well as the provision of additional road transport by car transporter and the development of the washing and workshop departments.

Subsequently, a direct collaboration is initiated with an importer of a leading Japanese pick-up brand.

This was accompanied by the installation of a number of high-tech machines in food warehouses to carry out packaging and product quality control.

Overall, the Group has been able to grow effectively, gaining further trust from its stakeholders.

Even today, the company proudly boasts a dynamism inherited from its founder, thanks to which his descendants work every day to ensure an ever more prosperous future for the community. 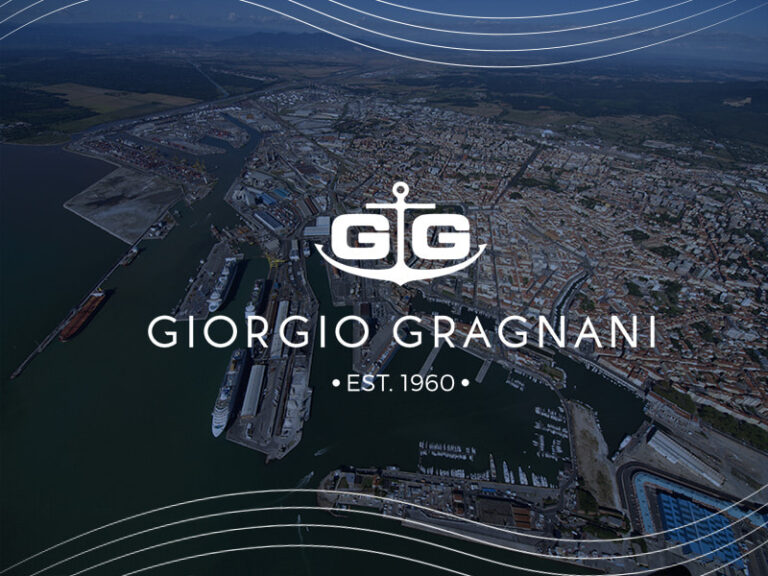